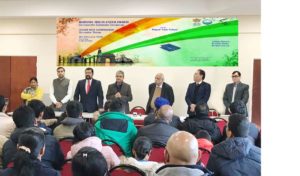 The Indian High Commission’s (HCI) Consular Camp held on Saturday, 8th February 2020 at Bradley Stoke, Bristol by Mayor Tom Aditya as part of Bristol Multi-Faith Forum’s (BMFF) Community Cohesion Campaign was a big success. Hundreds of people came to attend the day-long camp. It provided the opportunity for all those who wished to avail the services of the Indian High Commission for Indian Visas, passports, Overseas Citizen of India applications, and consular services as well as enabled a platform to promote the message of community cohesion and social harmony amongst the people.

The Bristol Consular Camp arranged free of cost to the applicants by the BMFF as part of the community cohesion campaign, processed 435 applications completely, and handled another 125 queries. A team of 15 officers led by HCI Counsellor Mr. Anil Nautiyal worked tirelessly for extra hours to help all those who turned up at the camp. Massive thanks to all officers for their efficient service. Many people who attended the camp felt that the HCI officer’s service at the Bristol Consular Camp was much better, smoother, and friendlier than even going to the Indian High Commission in London. Hundreds of people gave positive feedback about the Bristol camp. Refreshments and secretarial support were also provided by the BMFF. We appreciate all volunteers who helped to coordinate the camp, especially Advocate Tripti Megeri (BMFF Secretary), Mr. Abishek Aditya, Mr. Noychen Augustine, and Mr. Jayantibhai Rajguru. Also, gratefully acknowledge the generous support of Cllr Franklin.

The Indian diaspora comprises only less than 2% of the 1 million people in the Greater Bristol area. The prominent languages used by this very diverse community are Punjabi, Malayalam, Gujarati, Hindi, Tamil, Bengali, Telugu, Kannada, and Marathi. The religious diversity and medley of this 20,000 strong diaspora are also fascinating. BMFF expresses its gratitude to the Bristol Hindu Temple, the Sikh Gurudwaras, the Indian Christian Churches, the Indian Muslim Community, Jain Community, Buddhist Community and all sections of the Indian diaspora for supporting this initiative. BMFF also acclaim the help of friends who shared news about the camp through various media and social networking platforms. Thank you all. 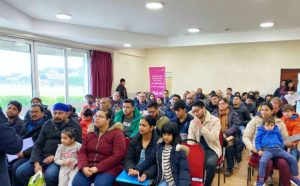 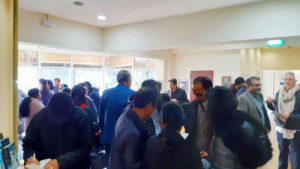 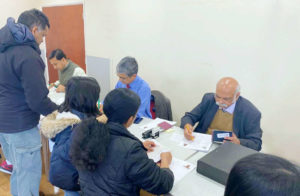 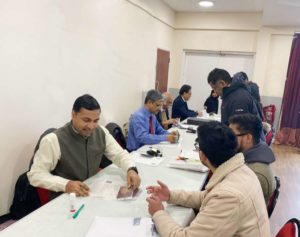 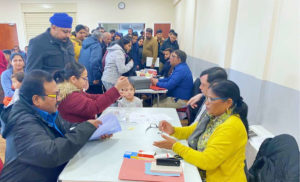 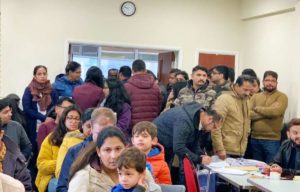 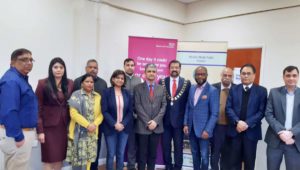 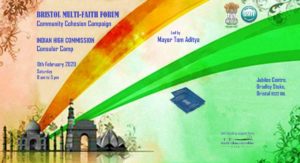